So in the previous blog entry I showed you how to cut off parts of a ledstrip and solder wires to these parts (click). The wires were prepared so they could be connected on a breadboard using this technique (click).

You can see the soldered wires here. 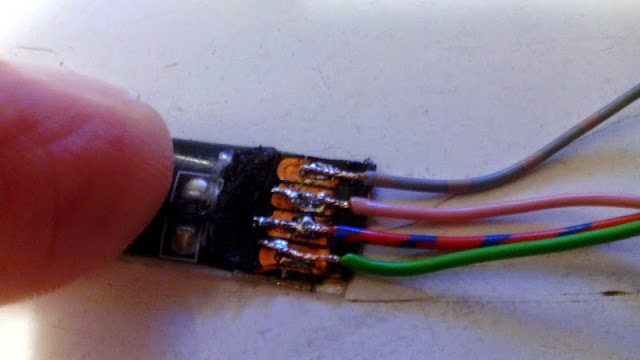 And the attachment for the breadboard in the next picture

But what now ??? The purpose is to command the ledstrip with an arduino or even better an Attiny.

Well there are some issues with this. First the ledstrip works on 12 volts and the Arduino and the Tiny work on 5 volts.
And second there is no way an Arduino or an Attiny can supply enough power to control all the leds in a ledstrip.

So we have to use some power transistors to do the heavy work for the Arduino.

I am going to use the Tip 120 for this. Actually you can use the Tip 121 or Tip 122 equally well for this. They can work at higher voltages but are equally suitable for this purpose. 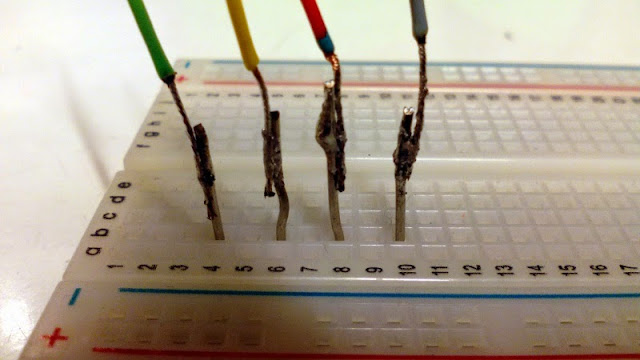 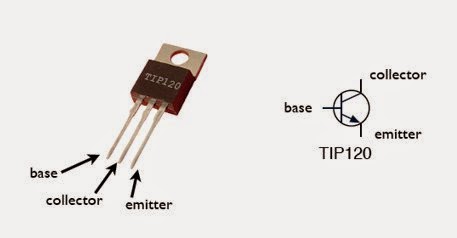 The Tip 120 is a power transistor capable of delivering 2 Amps at 60 Volts. That is a lot of power and more as sufficient for controlling the ledstrip. So we are going to use 3 of them the command the R, G and B leds in our strip. This is the schematic setup.

As you can see for testing purposes I put a switch on the base connected to a 5 volts power supply. The switch emulates an Arduino pin witch is on High. The collector is connected to one of the R, R or B leads from the ledstrip and the emitter just connects to the ground.

Acrually I did not use switches. I just put 3 breadboard wires into the +5 volt and attached each of them to the loose end of the resistor. I am a lazy maker and this worker equally well as attachingb switches....... 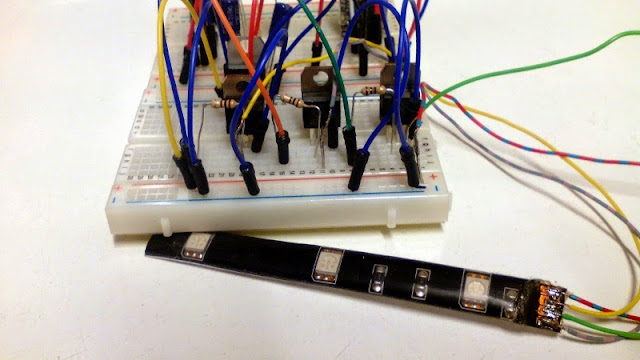 And here is the breadboard as Fritzing sees it, which should make things more clear. 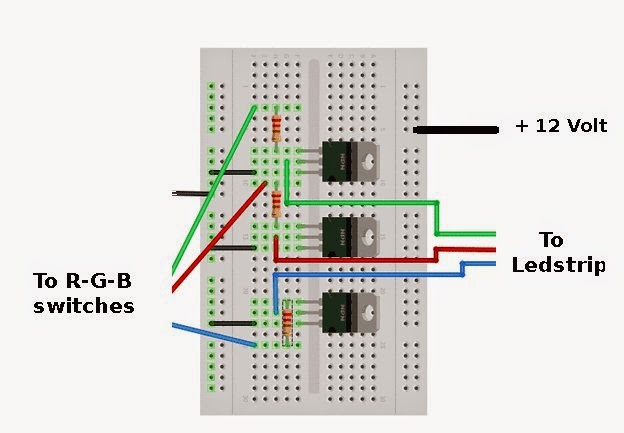 Next stop: Arduino attachment. Till then have fun.